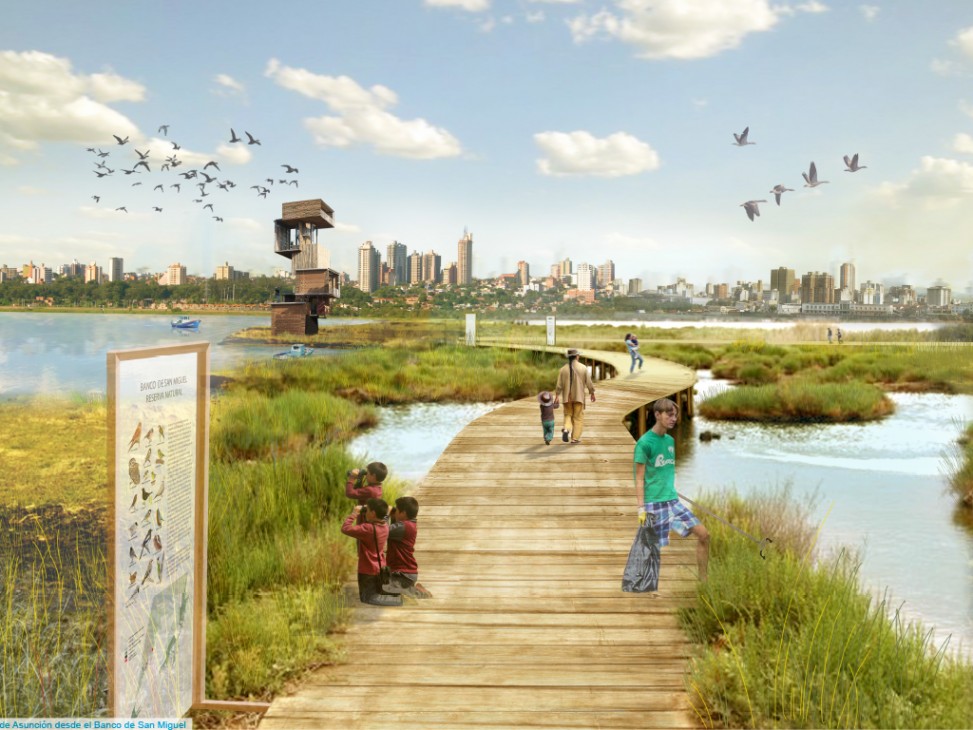 ” At a time when many cities in the world are beginning to look for new ways to address their development, the Master Plan for Asunción aims to make the historical centre of the city a reference for other cities to follow as a pioneer in sustainable urban development.
The idea is to create an “action plan” based on best practices we have gleaned from hundreds of real initiatives that have been successful throughout the world. Top-down and bottom-up actions will work in common to revitalize Asunción. Institutional management and local input will be connected through the ASU LAB, a “Bureau de Change” that will communicate, mediate, connect, provide, program and design. It will be a space where intertwining visions and efforts will converge to create an urban fabric that is more alive than ever before.

In an effort to raise awareness and reconcile the city with its environment and natural heritage, our proposal aims to integrate sustainable urban development as a cross-sectoral approach applied to all of the actions.
Taking inspiration from well-known initiatives, we propose the creation of a series of dynamic, green and ecological corridors, connected by urban catalysts: buildings with hybrid, mixed-use, and flexible programming.
The regeneration and consolidation of Upper Chacarita will follow in the footsteps of the revitalization process already begun in San Jeronimo neighborhood. The creation of a “coastal active green” (floodable park) will respect the existing topography and become the lungs of the city, using natural processes to facilitate air and water purification.
A dense and compact urban waterfront will serve as both an urban façade and a gateway to the Bahia. It will also enable the spontaneous development of creative economies and new enterprises.
Environmental initiatives – such as the establishment of a nature reserve – will be implemented in Banco de San Miguel and Bicentennial Park. Meanwhile, the cultural, social and economic character of Asuncion´s seaport will be reactivated.
In these numerous and varied ways, a joint process of change is articulated in order to ensure an integrated and sustainable urban development based on the slogan “Think global, act local”.”