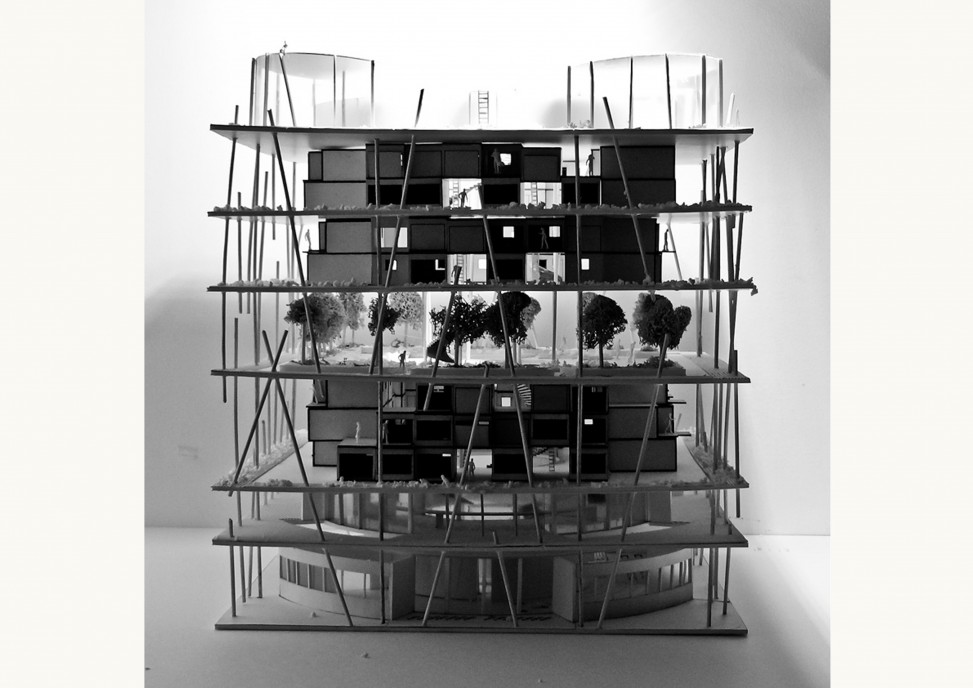 Request : Firstly, imagine a city, its organisation, culture, and the behavior of its inhabitants. Secondly, invent a hall of residence for the students of this city.
Goal: Open our minds  by the invention of an utopian project.

LA RESEAUTARCIE SPORTIVE
«La Réseautarcie Sportive» is a city based on an autoproductive system. Each inhabitant gives a little bit of his time by the participation at all the sports games organised for well-being of the city.

Thus, each task considered like a chore in our world  is thought here as a sportive game. For example, the inhabitants plow the soil by paldal-tractor races, play badmin-seed for sowing, water-fight to water plants, and  play carott-relay to reap. Other games have been invented for the ernergy production : Fixed-tandem races, positive energy trampolines, …

A utopian hall of residence for sportive students.

On Earth, a hall of residence (named the «Résideautarcie sportive») is designed for  the hospitality of the sports students. Energy, water and food are very important for student-athletes. The whole city is autonomous thanks to the differents games invented. Thanks to their own physical activities, the students produce the resources they need.