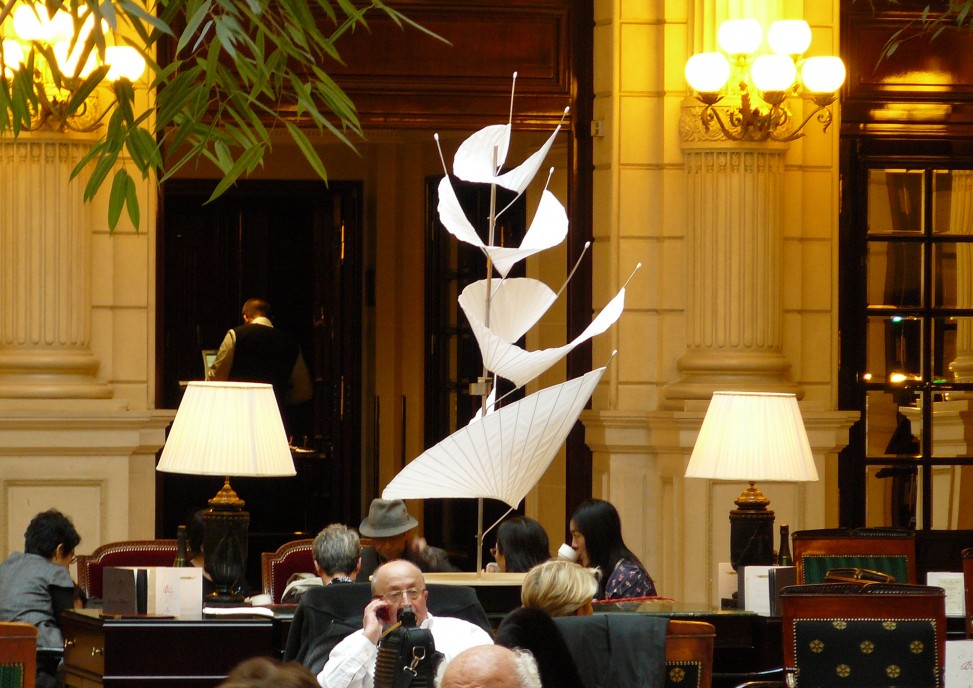 A Christmas Tree for the 150th anniversary of Paris-Le Grand, an InterContinental Heritage Hotel.

Paris-Le Grand was constructed in 1862 during France’s Second Empire.

Request: Pay tribute to Paris Le Grand, by the conception and the realisation of sculptures around the theme of «christmas» and «anniversary». All the sculptures made by the Product Design Students were exhibited in the living room of the Hotel. This event marked the beginning of the celebrations organised during one year for the 150th anniversary of the Hotel.

” Air du Temps evoques the poetry of the passing of time. The tree wings revolve slowly around the central axis, thanks to small electronically programmed motors. The imperturbable and cyclical choreography refers to the 150 years of the hotel, which continues to thrive.“